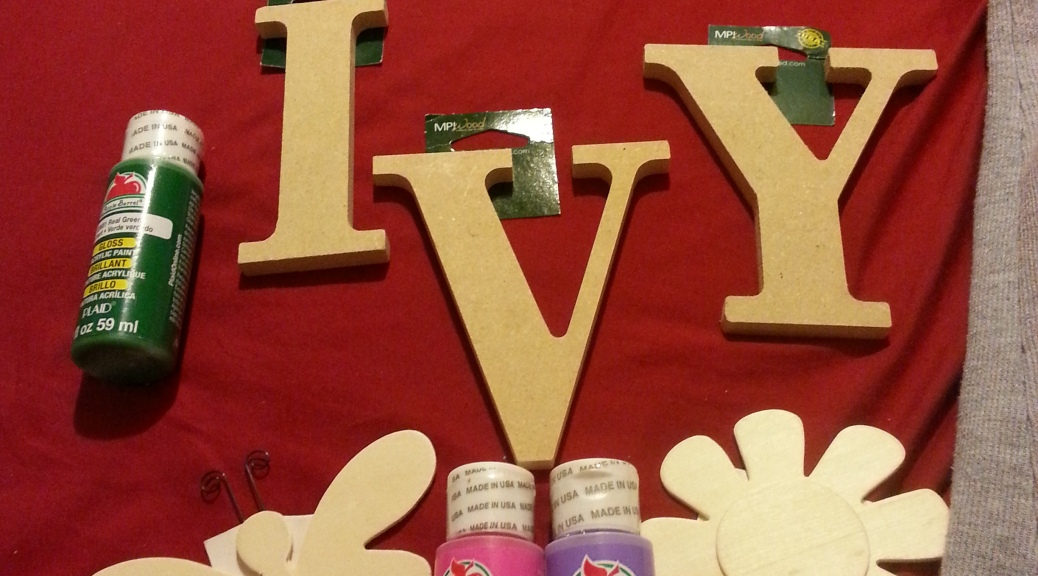 I started debating my impending child’s name as soon as I found out I was pregnant. I wish I could take it back because like I have admitted in a previous blog — I was convinced that I would give birth to Alexander Oz.

When I found out I was having a daughter, I searched through names and had originally thought Lyric Monroe would be something I’d name my first daughter. However, the more I said it I realized that she wasn’t a Lyric. It searched over my 3 girl names I had searched and felt no connection.

To add to my hesitant feelings, my two best friends both agreed it sounded a bit too ethnic, and ethnic is probably not the correct adjective used to describe a child shared between a blue eyed, red-head and a Mother with a mild sun allergy who had been described, in fun, as a wearing “liquid paper” instead of face make-up.

A week after my gender reveal, I woke up and knew I was going to have a baby girl named Ivy. It was interesting enough to be considered ‘different’, yet practical enough to not worry about school yard teasing, perplexed looks, nor lack of future employment. It’s simple and clean with no ‘unique’ spellings like Ivee or Eyevee, that I personally find as unnecessary and annoying, but obviously that’s honestly my personal opinion! Different strokes for different folks!

It took me an additional month to decide on the middle name. I loved Lyric and Monroe so much, but I decided on Rose. Rosemary is my favorite aunt, so that added to my final decision as was the fact that Ivy and Rose are both present in nature. If it grows, it goes!

What I recommend to consider when naming a child (maybe even a pet!):

Hopefully this helps in your search for the perfect name.

Until then, can’t wait until I meet my daughter, Ivy Rose .